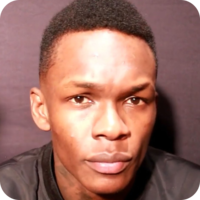 UFC 276: Adesanya vs Cannonier - Big Dog In The Yard

Israel describes how Nana Helen welcomed Israel and his family into her and Robert's home when they moved to New Zealand. Israel has known Nana Helen for 18 years and describes her as loving and quick witted. Israel says "Cherish your elders and listen when they speak, they have a lot to say."

Israel Adesanya meets Boxing Legend and former Heavyweight Champion of the World Mike Tyson for the first time during his guest appearance on the Hotboxin' podcast.

UFC 273 Volkanovski vs The Korean Zombie

This is a Stylebender Breakdown of the upcoming UFC 273 fight headlined with Alex Volkanovski vs The Korean Zombie. The card also features the anticipated Bantamweight Championship rematch Aljamain Sterling vs Petr Yan, and also Khamzat Chimaev's vs Gilbert Burns.

Izzy talks with BBC in London

While in London, Israel spoke with the BBC about fame and boycotting New Zealand.

Israel described that “Winning is like coffee - you feel stimulated then you crash”.

During the Covid pandemic, New Zealand have given preferential treatment to some sports such as rugby and netball, and applied different rules for professional MMA athletes.

Fight Highlights from Adesanya and Rob Whittaker II at UFC 271

Almost 10 minutes of highlights by BT Sport from the fight which left Israel victorious with a unanimous decision after five rounds.

Israel writes "You can copy the recipe, but the sauce ain’t the same 🥫". Click right to see all pictures.

Robert Whittaker Is In For A ‘Rude Awakening’ At UFC 271

Israel and team besides jet in USA.

Uphill in the Heat

The Stylebender has gruelling running training, up and down a hill on a sunny Auckland day.

See Israel train for his upcoming fight with Robert Whittaker. This is his second fight with Whittaker, previously The Stylebender won with a second round TKO. On 12th February 2022, UFC 271 will take place in Houston, Texas, USA.

Let them Keep on Calling

Israel describes while growing up in New Zealand people called him "Akon" as an insult. This puzzled him as "Akon is a rich successful black man" Izzy said, but later learnt "it’s cuz he’s reeeeaaally darker skinned…".

Israel writes: “When you hear them calling out Akon, Let them keep on calling! 🎶” - Akon

Izzy is in this clip with @diddy.jr

A Compilation of Stylebender KOs and Moves

A compilation of some of Israel's finest work that show why he's UFC Middleweight Champion. The video clip contains lots of knockouts, and plenty of unique Stylebender moves.

The Stylebender with belt, ready for Mavin Vettori.

The Stylebender watches UFC 261 and talks about his upcoming rematch with Martin Vettori.

Things are heated, Marvin gets a little riled.

The Stylebender describes his visualisation methods which have included spending hours in an enclosed space. Israel says "...never lose that childlike spark.." and recommends "Keep it playful".

How Israel Adesanya Knocks People Out

The UFC has over 600 active fighters of which less than 30 are African fighters.

African Champions Francis, Israel and Kamaru have made their mark on the UFC division.

The Stylebender bought the McLaren Spider after beating Robert Whittaker at UFC 243.

Israel jokes that with his new car he's "Overcompensating".

Israel describes orignally wanting a Lamborghini Aventador but now drives the McLaren. He found the Lambo too small, and describes the McLaren as being "...like a jet or spaceship".

Israel Adesanya Knocks Paulo Costa Out After Dominating Him

After showing Paulo Costa who's boss with a perfect display of striking, Israel proved his dominance at UFC 253. The UFC middleweight champ wasted no time and got the job complete within two rounds.

After winning in style, The Stylebender goes on to breakdance next to Paolo Costa. He then goes on to celebrate in the dressing room with The City Kickboxing team.

This is an incredible five-round firefight of Israel Adesanya v Kelvin Gastelum at UFC 236. This is one of the most entertaining middleweight bouts in history. The Stylebender won to become interim middleweight champion.

Rogan and Schaub Recap Stylebender vs Gastelum Joe Rogan | Stylebender is the Next Superstar!

Israel made these moves while fighting Anderson Silva, one of the Greatest Of All Time.

Joe Rogan | Stylebender is the Next Superstar!

Joe Rogan and Brendan Schaub discuss Israel is the next superstar. This clip is from the JRE MMA Show #84.

The Open Mat team track Adesanya's journey from his formative years in Nigeria to adulthood in New Zealand.

Israel Adesanya stared down his opponent during the break at this Muay Thai event.

ESPN clip via Knees Of Fury